Iron Chef Carrot was more than a competition this time. We also used it as an excuse to throw a small baby shower for Cara and her future little Carit! But it turns out that carrot is actually a pretty fun (and tasty) ingredient. It's so versatile that we had a ton of variety in the types of dishes and flavors, which made the night exciting. We also had a lot of fun decorating diapers for Cara with fun sayings on them to make her laugh when she's up changing diapers in the middle of the night. Oh, I guess I shouldn't mention changing diapers in a food blog... sorry about that. Ok, let's get to the best part--the food! 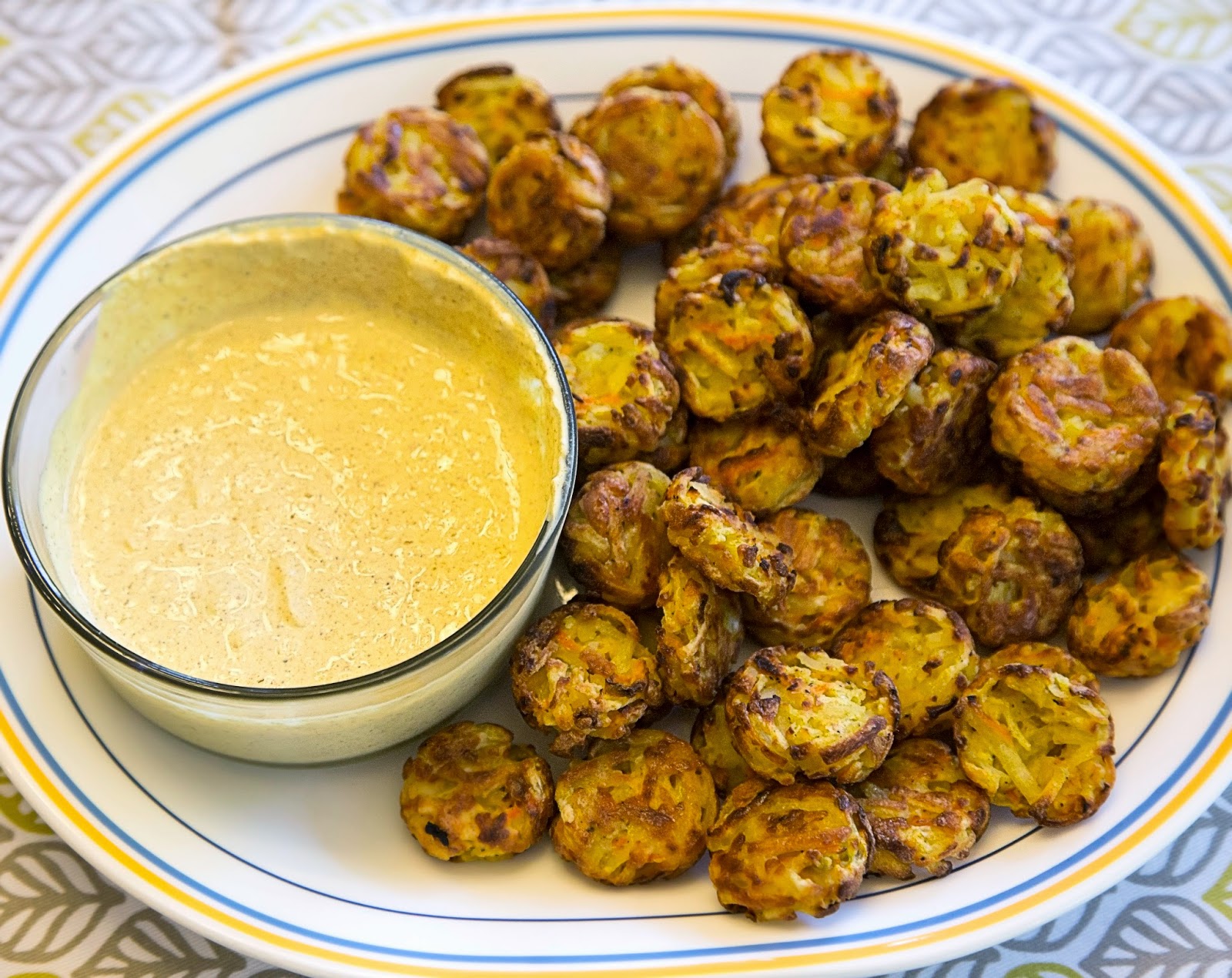 First up were our appetizers, starting with Chelyen's Carrot Tots and Curry dip. I never thought anything could make a better tot than a tater, but carrots definitely came close in this dish. And the curry yogurt dip was a great pairing to the flavors of the tot. This would be a great way to serve kids something that they would enjoy eating, but also sneak in something a little healthy as well. Heck, forget the kids-- someone make it for me! 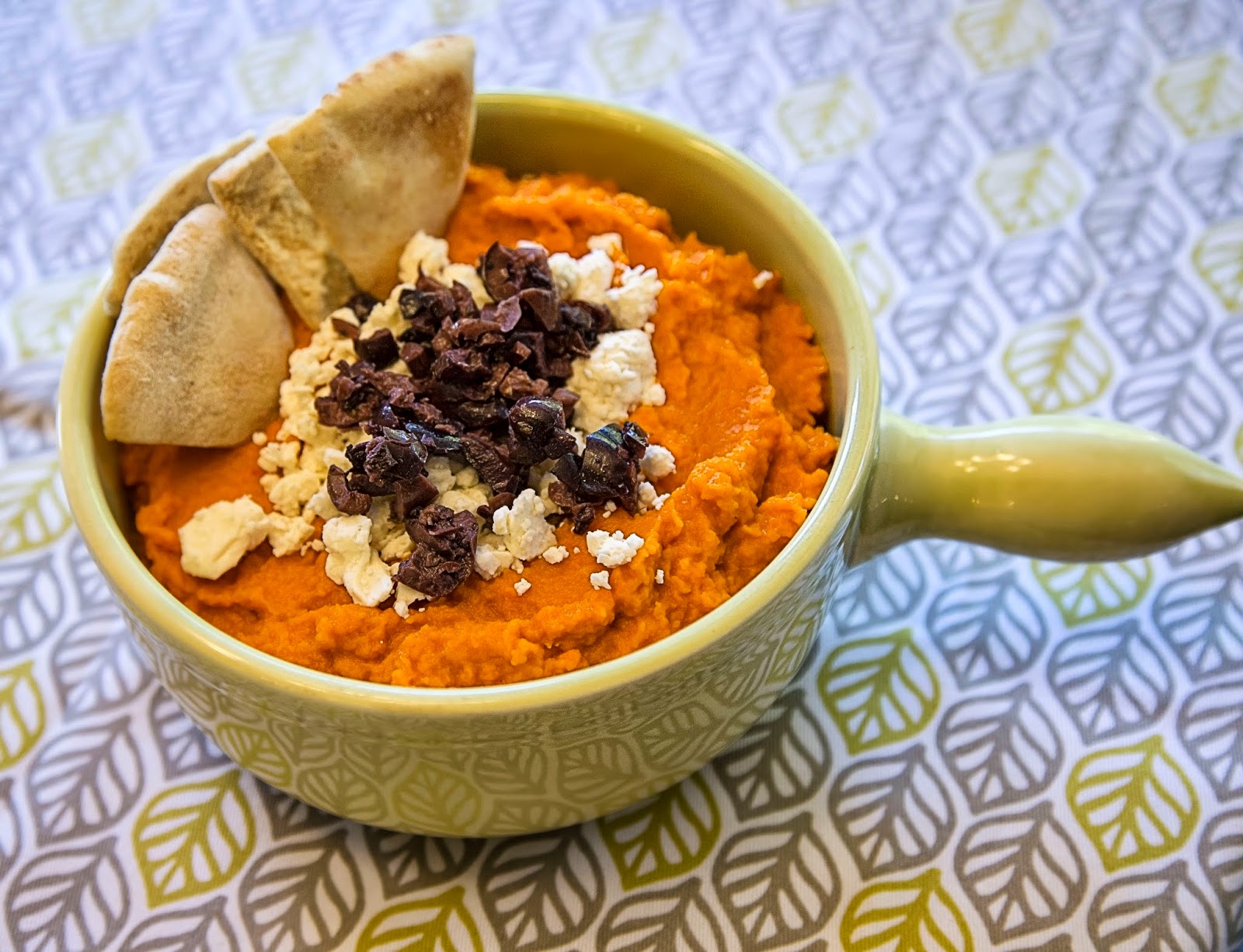 Next we enjoyed the night's winner (and I swear, it wasn't rigged!). Cara made a Moroccan Carrot Hummus with pita chips. She topped it with feta cheese and olives which not only made it look really professional, but also added great flavor to the hummus. I love me some feta cheese. It was a big hit and everyone kept going back for more. Congrats on another win, Cara! 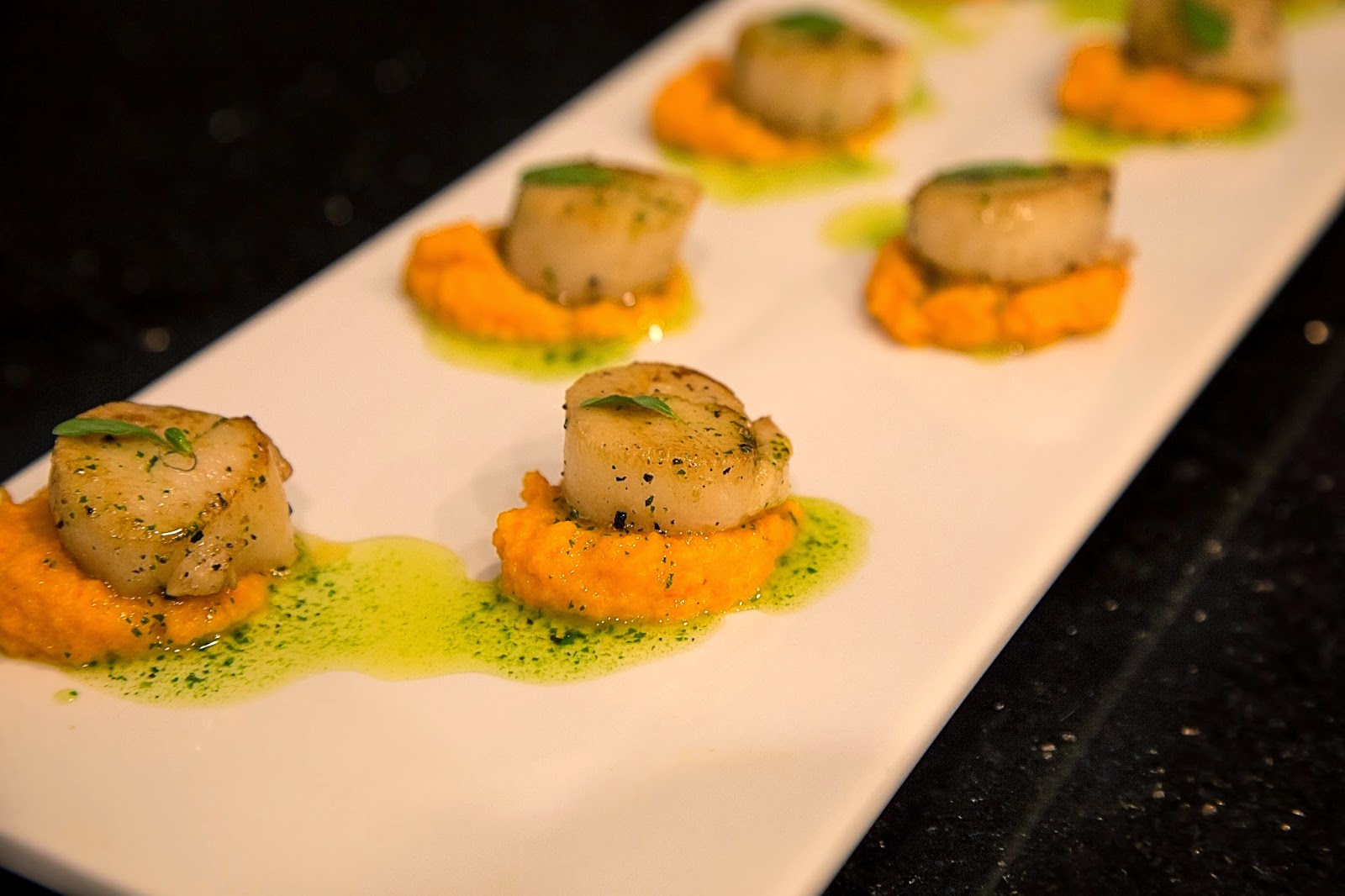 For the main course, Jen seared up some great looking scallops and served them over a carrot puree with an herbed oil drizzled on top. It looked like something you could order in a restaurant, and tasted great as well. Plus, you know I'm a sucker for scallops. They are really hard to cook well and Jen nailed it. This one was a really well-composed dish! 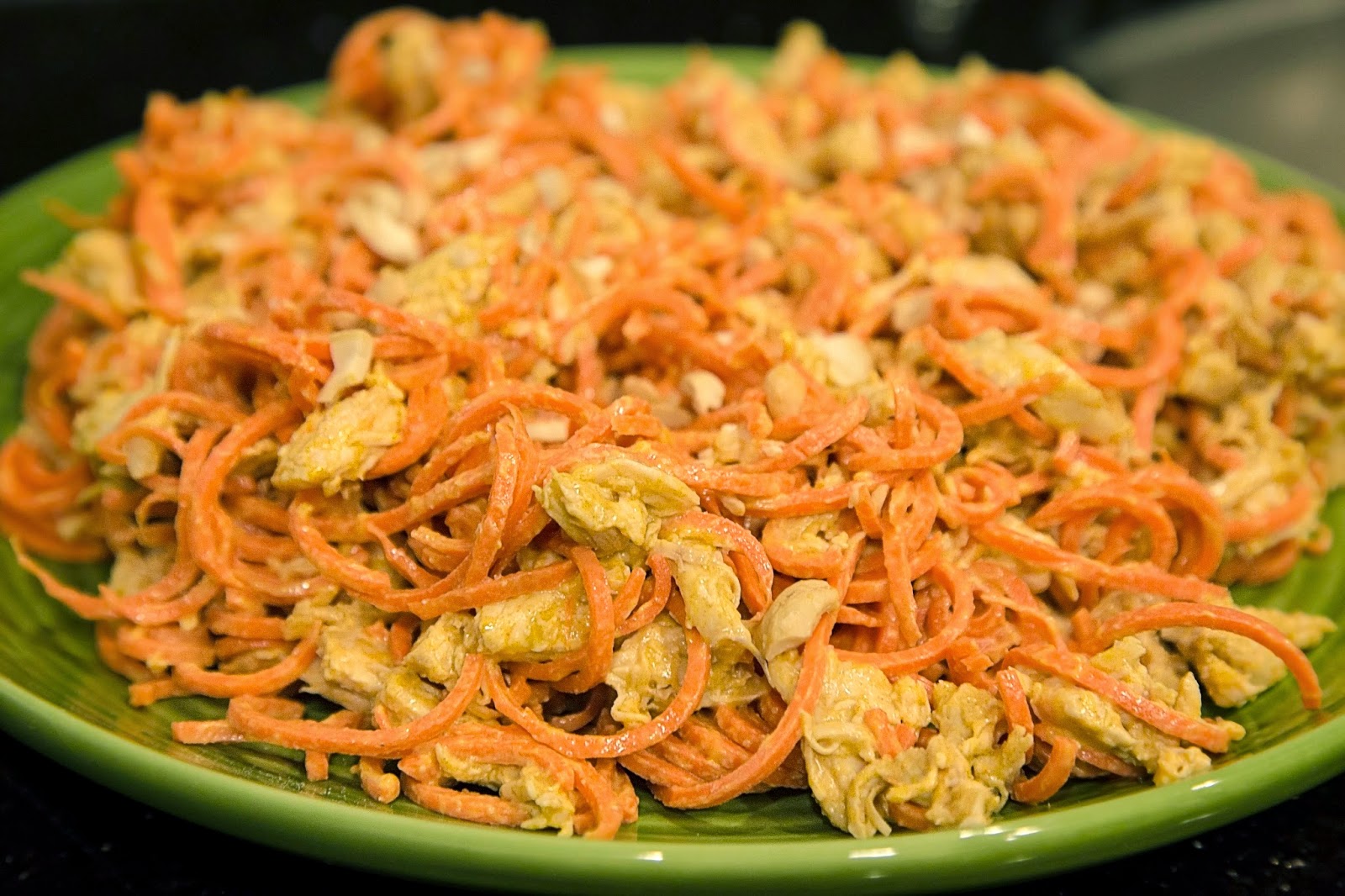 I had the other main and since I've been dying for an excuse to buy a spiralizer, I decided to make carrot noodles. I improvised using a sesame-peanut dressing for the noodles, combined with my own recipe for peanut butter chicken. I definitely enjoyed it, but I noticed my jaw was tired after eating a few bites. The raw carrots really stood out, and maybe not in the best way. It's not something I would make again, but I was happy with the result. 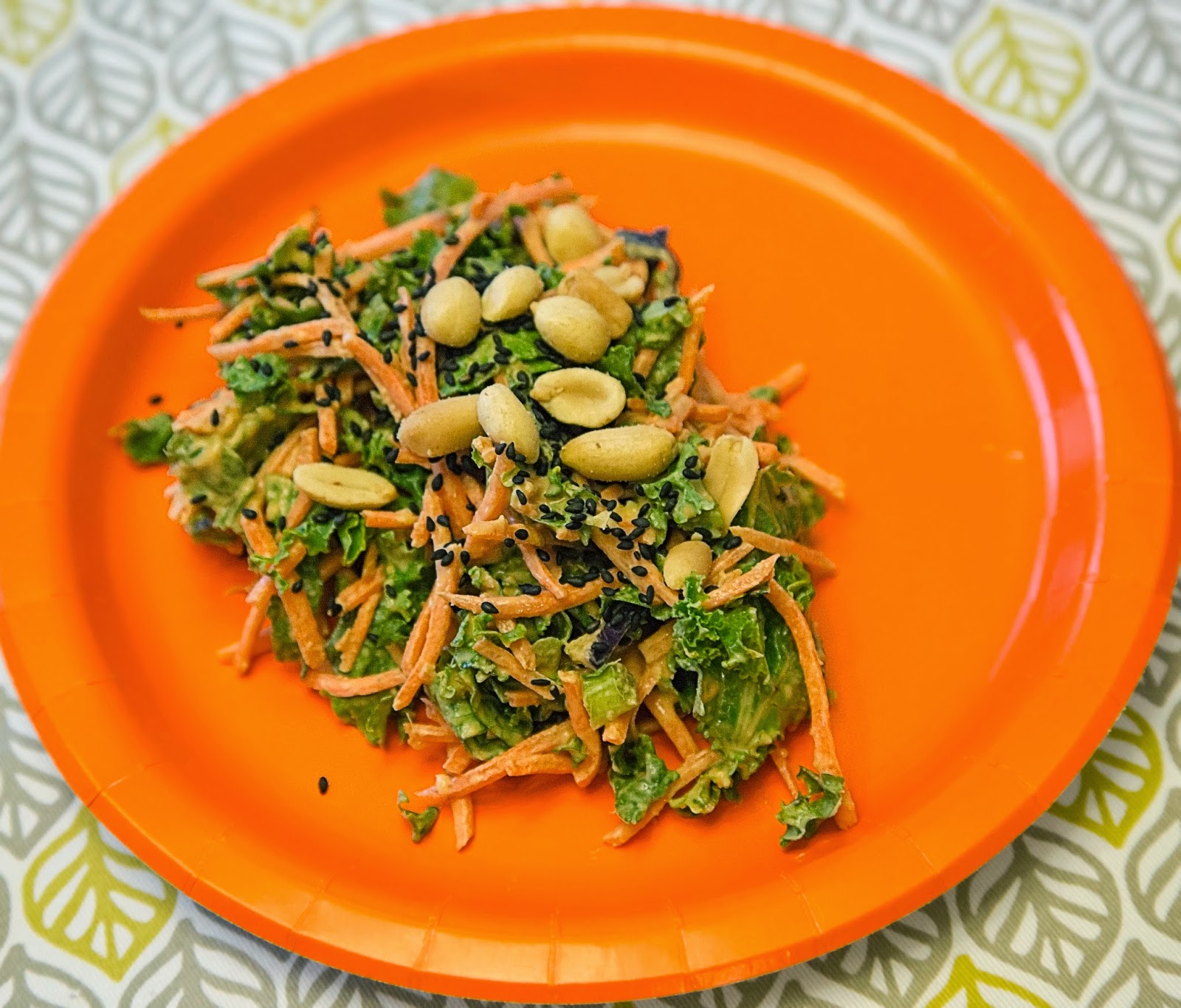 Emily served her side, a Spicy Thai Carrot and Kale Salad, with a sprinkling of black sesame seeds which were a cool visual addition. The peanutty dressing was my favorite part of her salad, and I definitely think it should go in the dressing recipe box. I think the group just wasn't a big fan of raw kale. But kudos to Emily for going healthy! We've also teased her about doing a whole Iron Chef competition with kale, so I think she was preempting us on that one. 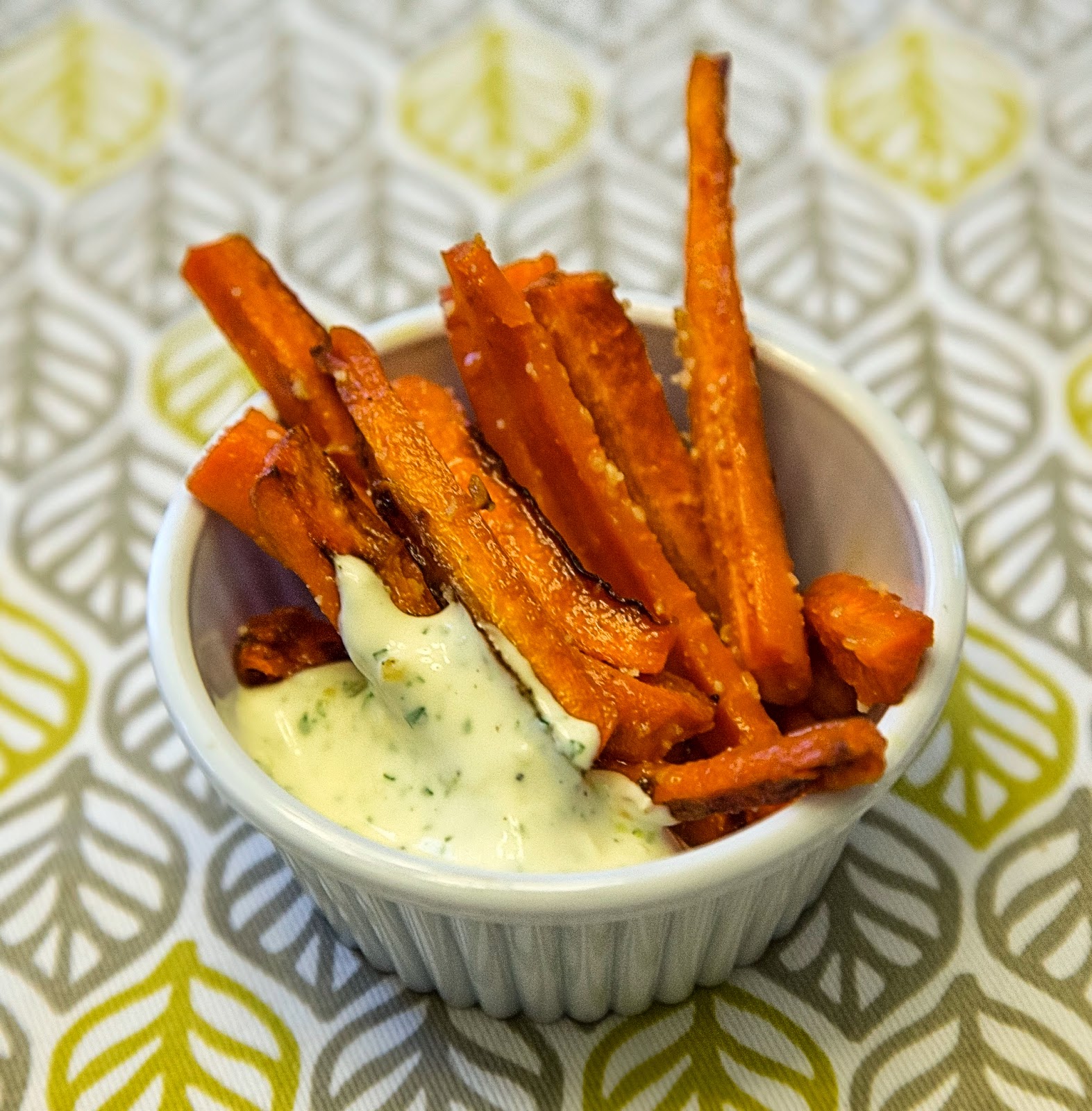 I've made carrot fries at home before and while they aren't always as good as the real thing, they are a great, healthy alternative. But Laura's Carrot Fries with Cilantro Dip were better than any of the recipes I've tried. They have a sweet but also a bit sharp, tangy flavor, and I love the way the dip worked to cool down the tang. She also oven baked them which makes them even healthier than typical fried fries. 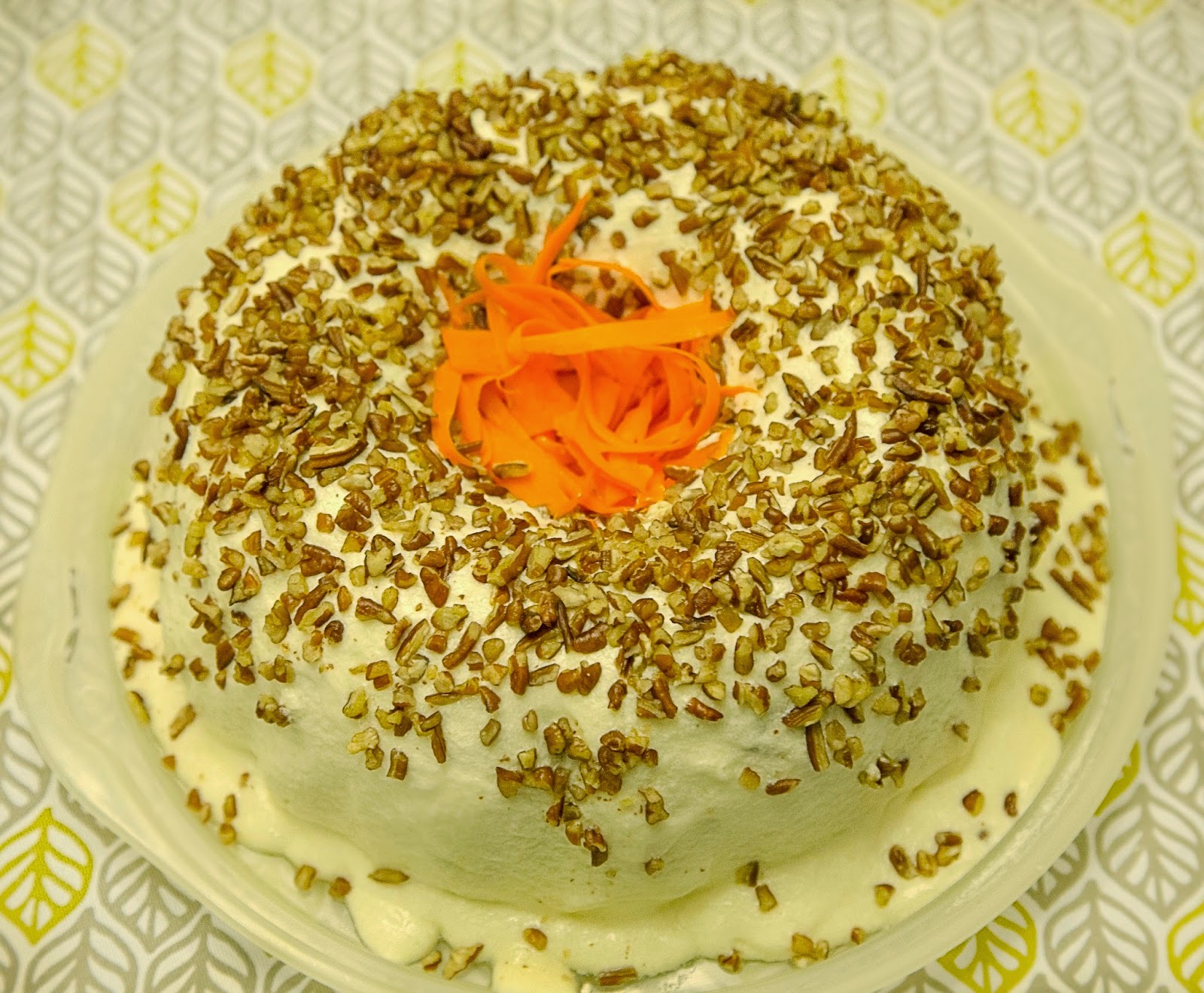 And finally, the desserts! Of course, you know we had to do a carrot cake! No carrot competition would be complete without one. But I like how Doan elevated the traditional dish with her Rum Carrot Cake recipe. You only got a hint of the rum but it was just the right amount. It was perfectly moist and delicious with wonderfully creamy frosting. 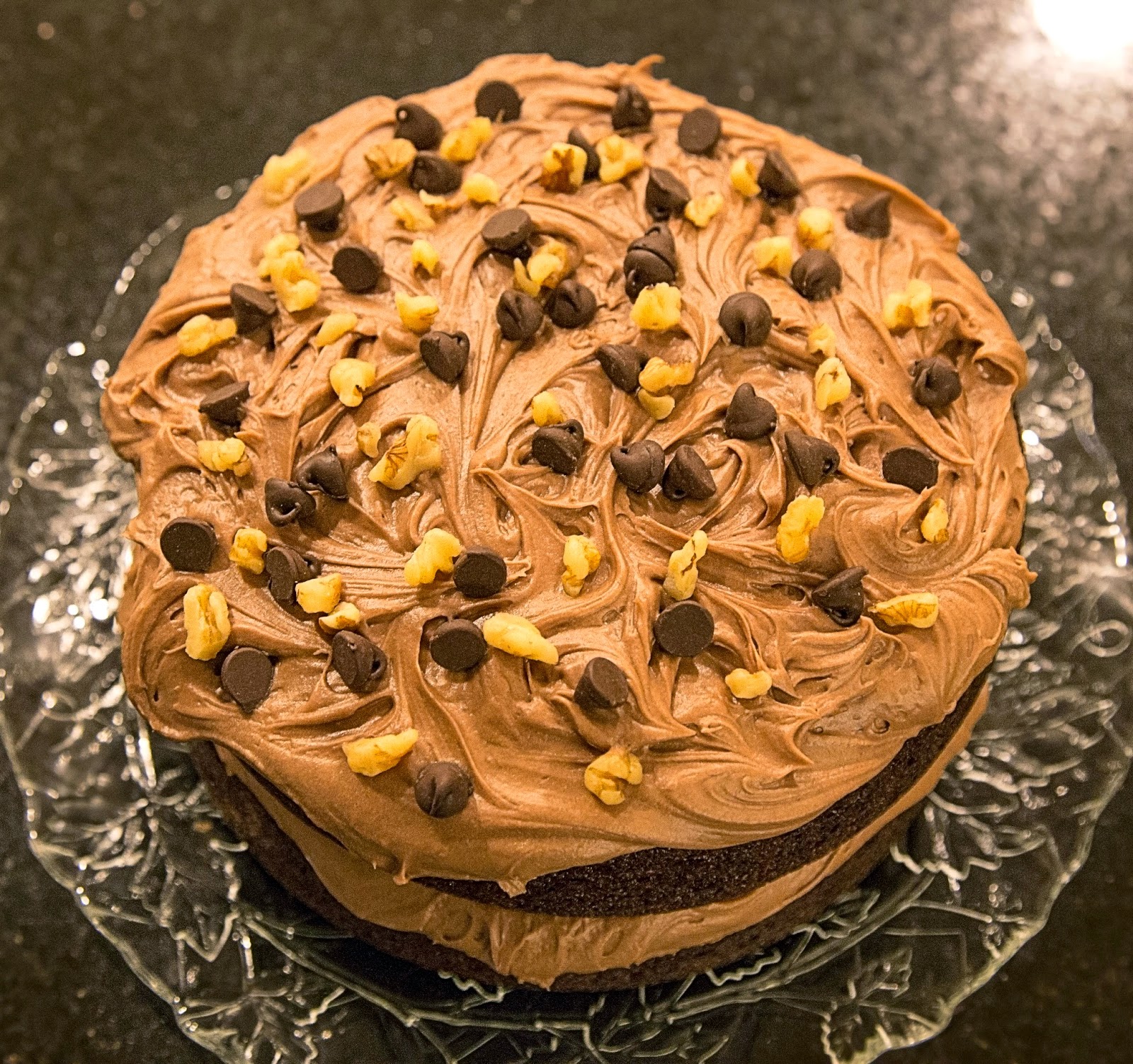 And lastly, our runner-up for the night, Kim's Chocolate Carrot Cake. It's a really nice twist on the classic, and yet still had that carrot cake flavor, even through the delicious chocolate. Plus it looked really beautiful (I have a soft spot for layer cakes). It made for the perfect finish for the night, and it's no wonder she got our second place prize.

Next time I promise to be more timely in my recap (but don't hold me to it). Up next is Iron Chef Potato, which should be a fantastically starchy evening. Until then!
Posted by Wormfood33 at 10:37 AM